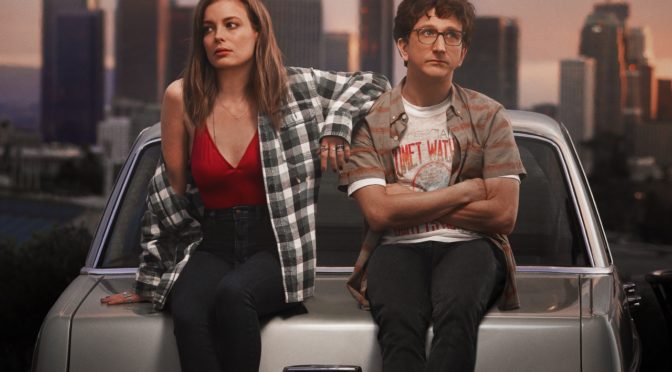 New Girl
How I Met Your Mother, The Office, Parks & Rec. These are all sitcoms that aside from being funny I became emotionally invested in the characters and their happiness. All three went one one or two seasons TOO LONG. For the sake of New Girl, I hope this was it. It was a neat bow. They all have better jobs, they’re all in relationships, they’re all moving out of the loft. Would’ve been nice to get a Coach cameo, but otherwise this was just right and didn’t over stay its welcome.

Louis CK – 2017
I own a copy of Pootie Tang on DVD and feel like that should automatically give me some cred as a Louis CK fan from back before his more recent run as the most important an respected comic of our time blah blah. He opens with bits about abortion and suicide, immediately trying to test how much he can really get away with since the bits themselves aren’t that funny and just more about shock. There is some gold in there though, stuff that had me rolling with laughter in the second half so it is still worth a watch.

Dave Chappelle – Deep in The Heart of Texas / Age of Spin
While Louis is a comic I’ve seen many hours of in the last decade, Chappelle is another story. Killing Them Softly ran on HBO constantly around the turn of the century and I watched it a lot, even had a bootleg CD of it that I played in the car for years. Chappelle does have some problematic humor. Observations on race and class are as sharp as ever, especially now that he acknowledges his status as a superstar after his sketch series. But jokes about women, gays, and trans feel decidedly late 90s. Even when something lands well like “It takes a while” its wrapped in phrasing that shows he clearly doesn’t quite get it. Still jokes about Kevin Hart charging more for tickets than he does or Key & Peele stealing his show betray his secret reasons for finally coming out of seclusion: he’s jealous and wants the spotlight back.

Arrested Development
I’m pretty late to the party on this, but Dawn and I rewatched the first 3 seasons with the intent on finally seeing the 4th recently.
Not only is there a noticeable decline in quality in the 3rd season but the 4th Netflix only season is a real dog. I’m not intending to finish it. See New Girl above: stop while you’re ahead.

Love
Came up in the suggested list on Netflix and I didn’t know anything about it and we watched all 22 episodes over the course of 5 days. Pretty good! I’m always interested when the star of the show is also the creator, because I wonder if any of this is fulfilling some crazy fantasy on his part. And sure enough he has quite a lot of sex with women way out of his league starting with AT&T pitch woman and @Midnight champ Milana Vayntrub and ending with Community alum Gillian Jacobs. This is all for art right? The show does produce some pretty good laughs along the way, I’ll stick around if they make more.