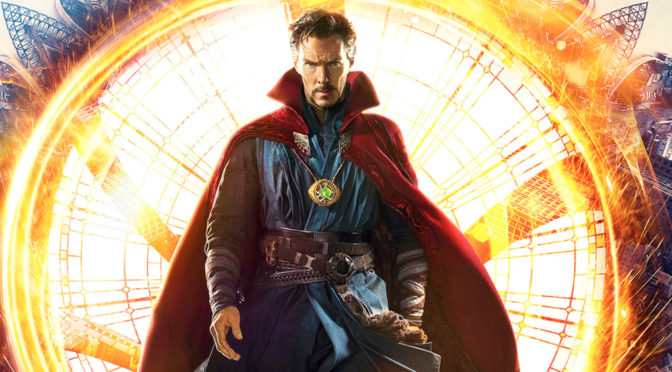 I’ve seen every single Marvel studios movie in theaters up until this point. Usually opening day! 18 years ago when this hero movie boom started I felt like it was really important to see them all as soon as possible so they’d keep making more. There was no guarantee that X-Men would be a hit. Also not playing favorites as I’ve seen all the DC movies that have come out during that same time.

Doctor Strange broke the trend. I wasn’t super excited in the first place and frankly I knew they’d bring him in to Avengers or Thor or whatever no matter what. So I skipped it. I got the Blu Ray on mail order on release day and still didn’t watch it right away (I made my next movie night X-Men Apocalypse, which warrants its own tear down honestly). I finally popped it in last night and decided Doctor Strange couldn’t be that bad, even if it wasn’t exciting me like an Iron Man or whatever. 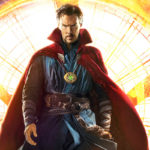 The Marvel studios formula is in full effect here. Benedict Cumberbatch isn’t a bad actor (I’m not a huge fan) but making him deliver wisecracks like he’s Downey or Paul Rudd just did not work. There is a scene about half way in where his one liners fall completely flat when he’s talking to a character who refuses to laugh. At last I found a character I relate to! Really I wish that Strange was played more straight and maybe giving more of those comedy lines to other characters around him.

Also Doctor Strange has a black best friend! Maybe they can put him in a movie with Falcon and War Machine.

Rachel McAdams is wasted, but thats what you get with a woman in a Marvel movie. She does seem to be drinking from the same fountain of youth Elizabeth Banks found because she looks exactly the same as she did 15 years ago.

The score in most Marvel studios flicks is usually OK but nothing that jumps our like the Batman theme did back in 89. Michael Giacchino has done pretty great work in the past, I’m a fan going back to his days on ALIAS. The Doctor Strange theme is similar enough to his Enterprise theme from the Star Trek reboot it would be worthy of lawsuit if they hadn’t been the same composer. Theres lots of controversy about temp score and this seemed like a pretty clear indication that they used Trek’s score in editing.

But all that shit is window dressing. What really disappointed me was way back in 2011, they established there is no such thing as magic in the Marvel Universe. Thor presented technology from Asgard as being so advanced it is mistaken for magic, but it is all the same. Doctor Strange, a character who is steeped in magic, was always going to answer for this. And I thought they were going to! As The Ancient One describes the healing of spinal cord patient as being a re-writing of the cells’s ability to heal, it was a far fetched but consistent answer to the question that Jane Foster got from Thor. Even the travel through time and space was already established in Thor as being possible. I felt like this was a sensible way to obey the rules of their established universe. Then about a half hour later is “lol nope j/k, magic is real” when we find out the guy with a broken back still has a broken back, he’s just moving because he’s casting a spell on himself to be able to play basketball.

The fights have fun Matrix/Inception energy to them with the world tumbling around them constantly, so that was cool. Also not being familiar with the lore meant I was genuinely surprised with the heel turn in the post credits scene. But I think the end result is the least essential Marvel film yet.