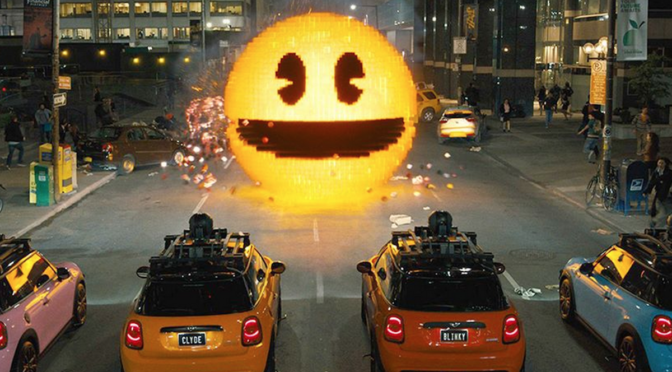 I just started this and already missed a week. And then I wrote this and forgot to post it for 3 days. WHOOPS.

Angry Birds
I took my kids to the cheap theater and we saw Angry Birds and enjoyed air conditioning for a low low rate of $1 an hour. Worth it. Angry Birds is not a movie I’d recommend to an adult. Sure, the game is still fun, there is a reason it broke out as big as it did. In the age of Pokémon Go it may seem out of step, but Angry Birds was proof you could have a good game on a touch screen that wasn’t a sloppy flash game or pad port. But I digress. The cast is incredible Jason Sudekis, Danny McBride, Josh Gad, Bill Hader, Kate McKinnon, Keegan Michael Key, Billy Eichner, Maya Rudolph, Hannibal Buress, and Peter Dinklage as the Eagle. This is a stupid talented cast. If this were a live action movie, it would be impossible to get bad performances from this many actors. But, its animated and the majority of the voices are stale and the writing is bland. The most remarkable event in the movie (spoiled for the trailer) is when the birds are swimming in a lake only to find the eagle uses it as a toilet. It is disgusting and stupid. My kids think pee is funny, so it was fine for them but depending on your tolerance for bathroom humor I wouldn’t bother.

Pixels
Pixels also has Gad and Dinklage and also manages to underserve good comedic performers. Look, Adam Sandler isn’t who he used to be. I had higher hopes for Pixels. The thing is: It isn’t bad. It also isn’t good. It just is. The plot is silly, but no worse than Ghostbusters or Men In Black, which Pixels is clearly trying to emulate. Aliens invade Earth after intercepting a video of 80s arcade games and the 1980s champions have to save the world by beating Centipede, Galaga, Pac Man, etc. The special effects are great, the direction is solid, it just needed a couple re-writes from a funnier writer. The movie needed more jokes. There were long stretches of the movie where it wasn’t even TRYING to be funny. It is kinda weird. You either need to play the whole thing seriously or embrace how dumb it is, the movie opts to ignore both paths and simply have the cast play it mostly straight with a few smart remarks. A lot of wasted potential. Peter Dinklage is memorable as some kind of creepo version of Billy Mitchell, if only the other stars could have channeled that kind of eccentric energy.

Stranger Things
Trying hard not to be behind the curve here.
If you haven’t seen it, or heard of it, Stranger Things is a Netflix series about the disappearance of a young boy and the sudden appearance of a young girl all relating to… well I don’t want to spoil it. If you managed to avoid it so far, I encourage you to stop reading and enjoy. Especially if you like Stephen King, Spielberg, or play any kind of table top role playing game.

I appreciate that this show is 8 episodes and takes place over the course (mostly) over 8 days. It keep the show tight and focused and also doesn’t have to breach logic too often when you have events happening quickly to one character and they aren’t yet affecting others.
The child cast is electric, I could watch them all day. I would not be opposed to a second season to see them more.
But really the best part is the show doesn’t have it’s head up its ass about its own mythos. Granted, it is the first season, but there is literally no explanation for much of the events. Its great! We can speculate! We also were not bored by exposition. They did a lot of showing instead of telling.
Unresolved: Was Eleven created to get these powers? Are there a One through Ten? How did Dr. Brenner know she’d be able to reach another world? How did Will turn on the lights? Why did the monster kill Barb but spare Will? Where did the shotgun go? What did Will eat for 7 days in a parallel dimension? What caused Eleven and the monster (if they’re not the same thing) to escape in the first place? How did Jonathan know about The Smiths before they even released a single?
I hope we never get some of those answers. More fun to speculate. I do want another adventure and hope we get more Eleven as part of the deal.

Here is another tune for you to be ahead of the curve on. This literally has 15 views as I’m linking it. Straight forward rock song. Pretty cool.