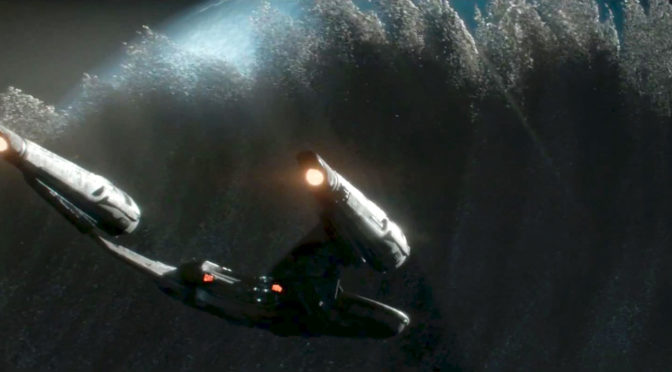 This site has been quiet for almost a year. It should be clear by now I’m not going to really run for President so I hid those posts and I’m gonna revamp my Facebook campaign page in a minute too.

So I’m gonna do a weekly recap blog like the West Week Ever or Robots PJ’s Friday Round Up.

Like a lot of people, Into Darkness didn’t inspire a lot of faith in the franchise for me. Unlike a lot of people I did have faith in Justin Lin as a director and Simon Pegg as a screen writer to get this one right. Luckily my faith was rewarded with a great feature length episode of the series. I won’t bore you with a review or introduction because this is Star Trek! You know what it is!
But I’ll say if you avoided the movie because of the last one or worry that the new director would just turn it into Fast & Furious, you were wrong and oh-so-right, respectively. Justin Lin brings that kinetic energy from F&F’s heists to every action sequence. Yes the Enterprise goes down, and it is a heart breaking affair that is at the climax of the first act. The crew has to deal with the consequences of their lost home immediately, even while under threat from the menace on they barely escaped from. Dom Torretto’s crew in F&F is his “family” and no less can be said about Kirk’s crew. The brash and careless captain from the first movie has evolved into the capable and clever captain we know he’s supposed to be. Great turns from Karl Urban as McCoy, the late Anton Yelchin as Chekov, and Pegg as Scotty.
I did have issue with the way Carol Marcus was completely forgotten. I mean, we all have problems with the way she was presented in the last movie, but as a member of the Enterprise crew in a sequel they could have redeemed her a little bit. Jayla was a solid addition and I hope she comes back in sequels.
Go see it. You won’t be disappointed. 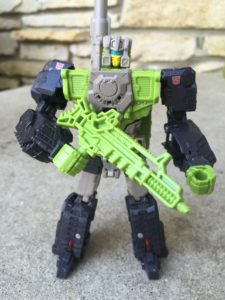 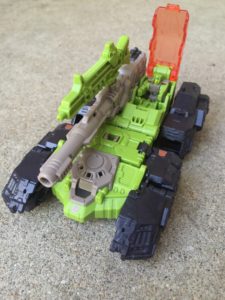 I’ve been looking forward to Titans Return for a while. Combiner Wars was an exercise in how far Transformers have come in overall toy technology. That sound weird but it is true: Transformers are the most well engineered toys on the market and to make figures that can be a robot and a plane and a leg and an arm was really a feat.
Anyway, Titan gimmicks are the old Headmasters that originated back in 1987. Hardhead was one of them and as an update this is a pretty cool figure. Head has to come off to transform but then the head becomes a tiny, tiny little robot that can sit insides.
The effect of unlicensed or “third party” Transformers can be felt on this guy because this is the most greebly fuckin’ toy I’ve ever touched. Paint details are few, a couple Autobot logo stickers, but textured ridges covering every millimeter. I would prefer some more clean lines and maybe more paint to make surfaces pop.
He’s a cool figure, tank mode is nice, and the transformation is interesting. I don’t have any strong feelings about Hardhead as a character from the old toon or the current comics so his place in my collection will remain for only as long as I think he looks neat.
I’ll take a look at Scourge next week.

I’ve been aware of Phantogram for a while, hearing some tunes on Radio Milwaukee here and there and even really enjoy the couple singles they did with Big Boi under the name “Big Grams”
But this new single is pretty aggressive and now I’m really digging it. I did a deep dive into their catalog last few days and now I’m an overnight huge fan. I checked for tour dates and they’re playing Chicago… yesterday so I guess I’ll have to wait until next time. Anyway if you like Garbage or Portishead or just the sound of a white girl singing over rap beats this is for you.

Twitch
Watch live video from Zacshipleycom on www.twitch.tv
I started a twitch channel a while ago but never broadcast until the other night. Mostly an experiment, I didn’t see too many people watching as I went along. Maybe the next time I start a party with some friends it might be more enjoyable to watch.
Also, my connection kept crapping out as I played so thats a problem so this is only a chunk of what I actually did. When I get in a party I can get talkative, but its hard to chat while I’m playing with no one around and when I know literally no one watching.