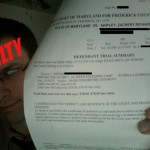 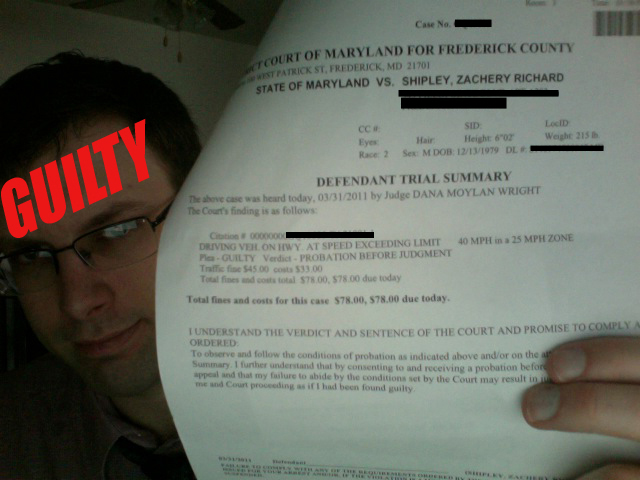 I got a traffic ticket a month or so ago. I was driving on a road that had a 40 speed limit, and made a slight left turn on to another road that had a 25 limit. Naturally, I never adjusted my speed. In fact, I don’t think I even knew at the time the limit was 25. The officer who pulled me over certainly did, and I was issued a $90 fine.

I felt the fine was excessive, so I plead guilty but called for a hearing. I took the day off work. I got dressed in a shirt and tie, drove to the court house downtown. I had to use a parking garage, and was searched upon entering the building. I arrived 15 minutes early as suggested on my summons, and turned my phone off as suggested by the bailiff.

When the judge arrived, she gave a run down of the court process (when to approach, where to stand, etc). The defendants called before me all seemed in a similar position: pleading guilty and hoping for leniency. Many had excuses of stress. I feel like this a really bullshit defense, because if you can’t handle a little stress, you’re a pretty wreckless driver. Driving is more stress than the excuses some of these people came up with.

Luckily, my case was called pretty early. The judge read my charge, and I please guilty. I explained the street I was speeding on wasn’t a very well travelled road, and situated between 2 streets where the speed limit is 40. I also noted that I never felt the 40 MPH speed I normally travelled was excessive on that road, but had been careful not to repeat the infraction in the time since the ticket. She asked about my prior record, and I admitted to not having any other moving violations since 2003.

She cut my fine in half, to $45. I was now responsible for court costs, which in this case totalled $33, so $78. After paying the amount, I then had to pay a dollar for parking.

In total, I saved $11 under what I would have paid if I just mailed a check a month ago. I also missed a day of work or time with my family, since my daughter had to stay in day care while I attended this hearing.

But then I wouldn’t have a court story, would I?

0 Replies to “State of Maryland vs Zac Shipley”