This started as a list, but felt I needed to justify the choices a bit more. Averted the normal “countdown” clickbait style, I’m putting the best at the top. Please note I’ve excluded all animated entries as those would require a LOT more effort to rank. 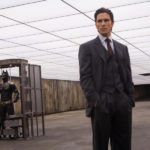 Almost a decade after release, the definitive comic book adaptation still looms over everything since. An argument can be made for the rise of Marvel, which launched Iron Man the same summer, but some of that cultural impact seems to be by sheer force of marketing. The Dark Knight had a consistent tone and (gravelly)voice and created a very lived in world. And unlike a lot of movies on this list, bizarre choices and winks to the camera are almost nonexistent. I barely have to mention Ledger’s award winning Joker performance, which has (for better or worse?) ruined the character for all other interpretations in the 9 years since.

Some might make a strong case for nostalgia and they’d be right, but that doesn’t dim the achievement made here. Tim Burton’s weird gothic style, Michael Keaton’s eccentric performance, Elfman’s playfully bombastic score, Nicholson’s manic Joker… all this AND Robert Wuhl! This was the VHS tape to have in 1990 and I could recite every line from the movie as well as the Diet Coke and Warner Bros catalog ad that preceded it. Get nuts, wonderful toys, etc. Very few movies from 3 decades ago actually age well, but the manic energy created by the sets, music, and performances make this one easy to revisit. 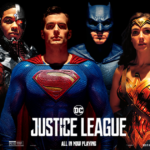 What good is a list like this without a boiling hot take inserted? Justice League is GOOD. It is fun and action packed in exactly the way it need to be. I really enjoyed all characters they introduced as they forced some levity into the movie more naturally than Batman himself changing on his own. There are some shortcomings that are not the movie’s fault: the unbalanced first half as they assemble is more a series of events than a plot. But once the team is together and (spoiler) Superman is back, then it feels like the movie I waited my whole life to see. Since this is a Bat-centric list, I’m glad they found a new take for the character on screen: the grizzled veteran who think he knows best but really needs to listen to cooler calmer heads. I want at least 3 or 4 Justice League movies and would be fine with them cancelling all the solo movies to do it. 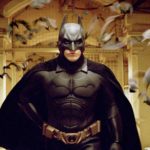 The Batman origin is well worn by this point and the sort of pop culture knowledge just about everyone has. But if you wan the definitive version, the one to show people who maybe don’t know who or what Batman is about, this is it. The logical leap required to go from seeing his parents’ murder to dressing up as a Bat is a pretty big one and Nolan’s first Batman movie does an admirable job of making sense of it. It is the least “comic booky” one on the list as well, addressing none of the more fantastical elements of the Batman canon, in spite of the primary adversary being an immortal cult leader. 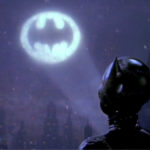 If “Begins” is notable for being the one that established an definitive Batman and adhering to canon whenever possible, Batman Returns is notable for not making any attempt at all to be a Batman movie. It is a Tim Burton movie with Batman in it. Despite the joker being dispatched in the previous film, Batman spends most of the movie fighting clowns aligned with Penguin. Catwoman has some undefinied supernatural quality and Christopher Walken is there being Christoper Walken. I haven’t watched it in a while I admit, but it deserves a spot in the top 5 for being so odd. 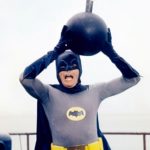 Speaking of canon, there was a time when the dark tortured gritty Batman didn’t exist. This was the Batman I grew up on, with reruns on WTTG in the early 80s. While campy and zany, it was consistent with the TV series before it. It also features more classic Batman characters than any other movie on this list. It is less essential to the modern Batman but still a fun watch so I balance that by placing it at the middle of the pack. 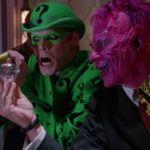 While not outright bad, Forever has a lot to answer to and doesn’t have much to say. Kind of a soft reboot from the weird “Returns” It recasts Batman with Val Kilmer, gets a really slow Batmobile, and turns Gotham into a neon hellscape. Jim Carrey was well cast as Riddler, though Tommy Lee Jones trying to match his energy makes Two Face a little off brand. The 90’s Batman series really put more emphasis on the bad guys than the good and it really shows here. 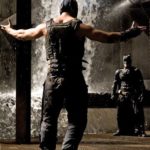 With a cinematic history as varied as Batman, it can be hard to determine what is best, but I have equal trouble deciding what doesn’t work. The final act of the Christian Bale Batman trilogy is a natural progression story wise from the first part. There are many callbacks to that first chapter linking the stories. The problem is there is almost nothing learned going into the final act. It falls into the old sequel trope of raising the stakes and raising the threat level to a laughable level. Bane should be intimidating but that voice. But it is truly the act of a blank check director. WB does not reign in Nolan at all, they let him do what he wants to do, and so I’ll give him credit for making a bold movie and sticking to it even if a lot of us were not along for the ride. 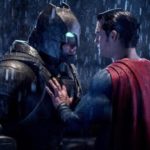 Zack Snyder also took us for a ride in BvS. I liked Man of Steel quite a bit. It was a different, and while I don’t think Snyder is as good a director as Nolan, he has a style and method and voice and that is important. I’ve joked that the Marvel movies with few exceptions could have all been directed by the same person and I’d never know because they all look and feel the same. There is no mistaking this is a Snyder movie. And it is peppered with lots of really weird choices. If you just had Luthor, or just had murder Batman, or just had the nightmare, or just had Doomsday, or just MARTHA, it might have been easier to swallow. But by the time we get to the end I’m still reeling from the the beginning and it all feels like a blur. Its why the “ulitmate edition” that clocks in at over 3 hours is better, it actually gives you a chance to breathe.
Thats why this is a tie. Because Dark Knight Rises gets worse the longer you linger on it, BvS gets better the more you watch it. But I can’t say that either is an outright good movie. 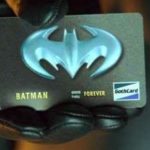 Apology time. I’ve never actually sat down and watched this movie start to finish. But nothing I’ve seen has lead me to believe I’ve missed anything. To date this is the only major Batman movie released in my lifetime I didn’t see in a theater. It is amazing that George Clooney managed to go on to be one of the biggest stars in the world after this.